Jeff Helgeson, originally from Bloomington, Minnesota, came to Lynchburg, Virginia in 1985 to pursue a degree in Finance from Liberty University.  He graduated in 1988 and continued his education, earning a Master of Business Administration (MBA) degree from Liberty in 1990.

In 2001, Helgeson earned a Master of Science in Financial Services (MSFS) from American College, considered the pinnacle of professional education in the financial services industry. He is a Chartered Financial Consultant and a Chartered Life Underwriter.

A former high school and collegiate wrestler, he also worked as the Assistant Wrestling Coach at Jefferson Forest High and chaired the LU Wrestling foundation, with the goal of bringing back the sport of wrestling to the university. Helgeson is an avid outdoorsman and enjoys hunting, camping and bluegrass guitar.  He also volunteered with Big Brothers/Big Sisters as a Big Brother for many years.

Helgeson describes himself as fiscally conservative and he brings that philosophy to City Council. “Fiscal responsibility is an important issue for me, says, Helgeson, and I believe we should be sure the City lives within its means.”

He was elected to the Ward III City Council seat in July 2004 and has served on Council’s Physical Development and Planning Committees. He is currently chairman of the Finance Committee.

He is married to Lynchburg native, and cardiac nurse practitioner Allison. 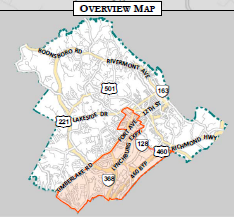