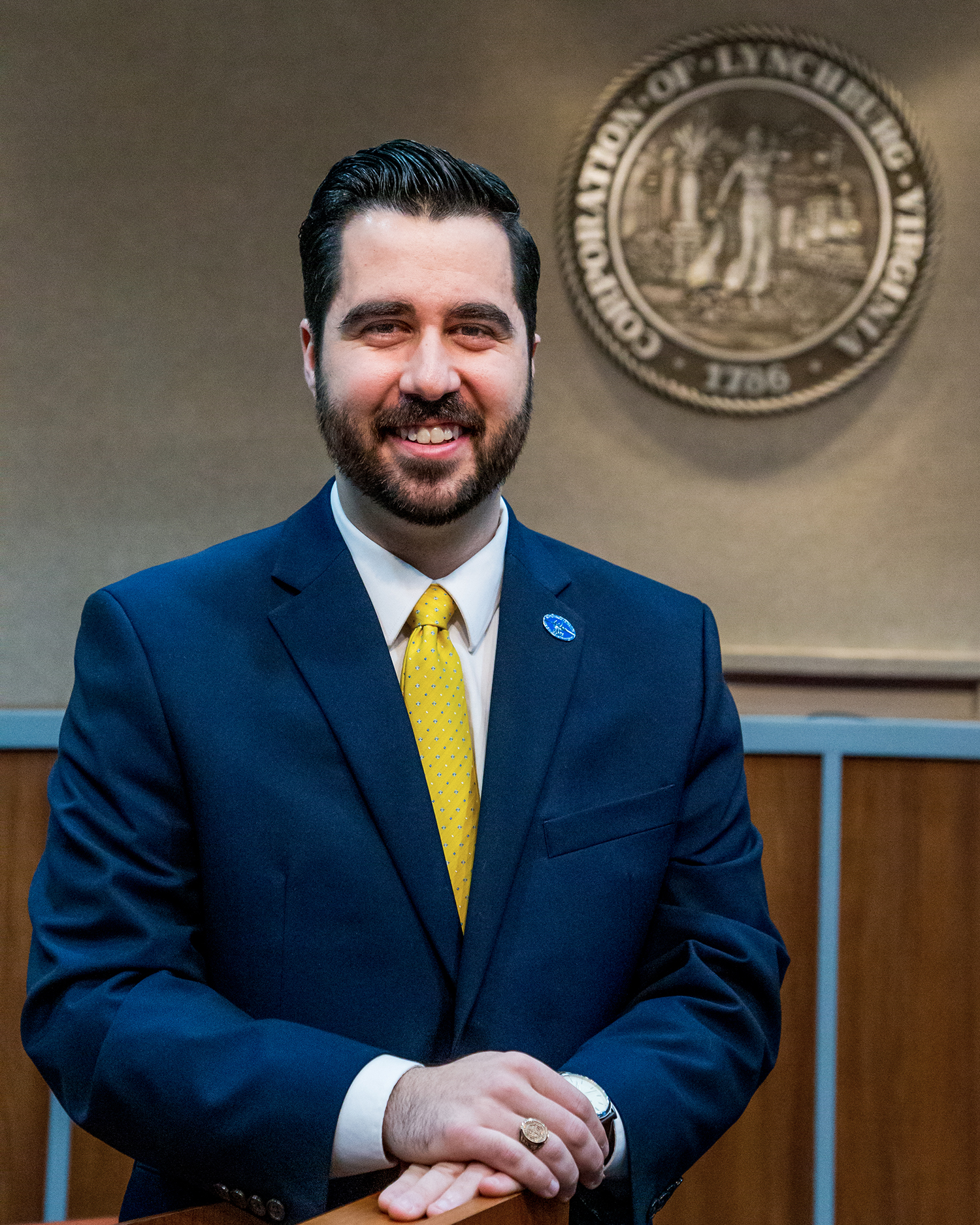 He describes himself as a young, energetic, outspoken conservative Republican, championing conservative principles, fiscal responsibility, continued economic development, and prioritizing public safety.
Chris is no stranger to public policy, having had the opportunity of working for Senator Ted Cruz, Senator Chuck Grassley, Representative Bob Goodlatte, Representative Tom Garrett, and State Senator Mark Peake, all in various capacities. Chris has also served as the legislative specialist with the Lynchburg Regional Business Alliance, representing over 750 businesses and 43,000 employees, advancing pro-business legislation before local and state government. Currently, he is the Legislative Aide for Delegate Chris Runion of the 25th House District.
He is an avid fisherman, loves spending time outdoors with his dog Duke, enjoys baseball and football, and cheers on the Liberty Flames whenever he can. Chris was elected to Lynchburg City Council in May of 2020, with his term beginning on July 1, 2020.
Chris was elected as Vice Mayor of the City of Lynchburg on January 4, 2023 and will be in this position until December 31, 2024.

*As a result of legislation adopted during the 2021 session of the General Assembly, beginning in 2022 City Council elections will be changed from May to November. As a result of this change, the terms of office for current Councilmembers will be extended for an additional six months.